Pleasant surprises are best part of life as they make life interesting and exciting. However if you are planning this for your wife (or husband) then it make it much better. When you put all the effort of collecting the best birthday surprise ideas out there and execute one of them, then it is the best gift you can give to your husband or wife. Since my marriage I have just had change to celebrate two birthdays of my wife, Ramya (including this one) and in both cases I have tried to ensure that I come up with a surprise birthday idea and execute them. This birthday celebration was one of the best I was ever part of till now and this article is my effort to preserve its memory, idea so that anyone wishing to do enact a similar birthday party can get an idea out of this. 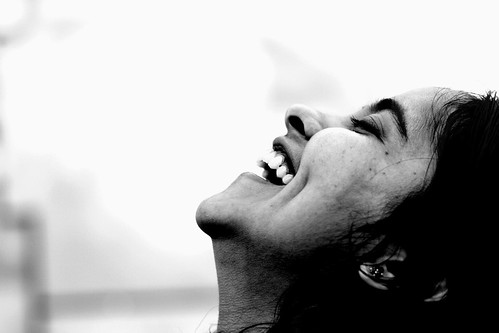 Surprise birthday party is always difficult to enact esp. in this age of Internet and Facebook where most of us have access to smartest of ideas without any effort. Non-flashy nature of me wanted to ensure that I did not go over the top with everything and wanted to keep it simple. However there was this expectation that got built up due to hugely successful surprise birthday party last time. Last one was easy as the expectation was low and the best option was also the easiest of options. Now, new factors have got added things making it much more difficult to ensure that this birthday is also a surprise.

I finally got the plan drafted in my mind. Unlike the last one, this time I wanted to get some friends involved. So split the event into two – Midnight cake cutting event and birthday evening get-together. I got a rough head count for both parts by conducting a preference poll via email. Once I got the numbers I got one of them from each part to volunteer mainly for co-ordination in my absence. Once the ideas for each part got finalized, I sent out the ideas to each batch separately to avoid unexpected surprises.

Cake is the most important ingredient of a birthday and I never wanted to be found wanting on this. So few days before the event I left office to the only egg less cake shop I knew, located few miles away (sure, for her it was last minute extra work at the office). I ordered big enough cake based on the head count and our possible appetite.

The previous day being a Saturday helped me to get the cake personally from the shop. Unfortunately the normal trains were canceled and I had to opt for a longer route. For this event my reason to Ramya was to play tennis with Krishna. I called him early in the day and told him about the plan so that he tells the same if and when he has any unexpected chat with Ramya. There was a goof up here but I get to that in the end. Cake was big, soft and fragile so fridge was the only option. A part 1 participant volunteered to keep it till mid night and get it when I need it – yeah! just perfect.

The plan was for everyone to assemble below my flat at 11.50 AM and once all have assembled they will barge into our home at 12 AM. The co-ordinator, Uma already had a spare key with her so that they can just come in without knocking.

The impact of the surprise party/gift will greater if you disappoint the person first. The rational for this is simple – the jump in her happiness from a disappointed state will be greater than a jump from a normal state. So I wanted to add couple of disappointments before the day so that expectation will be real low.

First Disappointment – “Do you need a cake?”

The first disappointment was to making it look like I had no plans for her birthday at all, being enacted by me since couple of weeks to the birthday. The least she expected probably was that we will have a cake private cutting celebration like the last time. So I took no time to break even this expectation. Few days before the D-day, So I also asked her – ‘Do you need a cake this time?’ which put her off completely. My reasoning to her on this question was that I would rather prefer to do what she liked than surprise her. But that question haunted her for few days and she kept repeating it for next couple of days. My final word was ‘OK, OK, I will get a cake’ and she ended with ‘I don’t need one’. With this, I believe I was able to put water onto any small expectation she had making a surprise birthday party a far fetched idea.

2nd Disappointment – “This one has Egg, So no cake today”

I checked a suitable time in the evening before the birthday night and pushed all the watches, clocks and laptop times by 10 minutes. I wanted to use these ten minutes to enact my false birthday celebration at 11.50 when the clocks will be showing 12.00. I also got a small cake from nearby shop to enact this false birthday. I purposefully ensured that this one had egg in it as we always try to avoid eating egg.

So when we did hit 12.00 at my place, ten minutes earlier than the actual birthday, I wished her happy birthday casually. However, just when we decided to cut the cake I saw the ingredients and said this has egg and suggested, requested and insisted that we should not cut the cake and she finally obliged.

As I was enacting the above disappointment, somebody started to knock the door. Ramya tried to see through the door lens but a hand was covering it. Ramya got scared and I acted as if I was too. She finally opened the door and our friendly gang barges in with the cake which left Ramya completely surprised. After allowing her to settle for few minutes we had the cake cutting celebrations, eating as much as possible and party ended soon after.

Along with Part 1 surprise, I wanted part 2 also to have its surprise element. So here is how it all got spanned out. First thing in the morning, I told Ramya that cake is huge for us to complete so we should invite those who call her to wish to join us in the evening for a small get together. So as her friends called to wish her, she invited them to come over in the evening.

The plan was to get part 2 participants to decline Ramya’s invite for evening party. In the evening I would take Ramya out for couple of hours and during this time the participants will occupy our home and surprise Ramya as we enter home on our way back. I had to introduce each participant to other remotely as most participants didn’t knew each other, and the common link – us, who will not be around when secretly occupy our house.

Given the short notice of our invitations, few declines were expected however I am not sure if Ramya was ready for all of them to decline. To make the disappointment worse (or better), I wanted each person to give a very lousy reason for not making it to make it a better disappointment. So if one said that they cannot miss an old movie being aired on TV that evening the other wanted to rest and some said they were feeling lazy. So by the lunch hour Ramya realized that no one will make it.

Taking her Out, Again!

As a practice, we always go to temple on the birthday morning and eat at the nearby Indian restaurant. So this birthday followed suit and by late afternoon we were home. The travel to temple, shopping in the nearby grocery shop had taken the energy out of us and as soon as we reached home bed looked very inviting. However as per plan the Part 2 participants will start arriving at my place in next 30-45 minutes and we being anywhere near our home would kill the surprise.

So as soon as we arrived I started cleaning the house as I did not want house in an un-presentable state to invited guests. As Ramya had no clue she was confused by my sudden cleaning activities. I did what I could before her confusion turned into suspicion and I asked her to join me again for returning the “egged” cake.

We went out, returned the cake and walked further. In an ideal world all the participants should have been inside by now. However due to practical issues there were delays and I had to keep Ramya out till everyone made it into the temple (well, our secret word for the house to be used in conversations when I had Ramya around). So I did what I could to keep Ramya out and when I got a confirmation that most devotees were inside the temple I took Ramya back.

We were approaching our home and my only fear was that of Ramya catching some of the late comers making their way to our home. So I sent those few extra messages to get that confirmed. I sent one final message to tell them that we are 5 minutes away hoping that they will all quite down just like the way it will be when you enter your locked home. We slowly arrived near the door and to my dismay the noise from inside our home was similar to that of a small noisy get together.

Frightened she asked me – “who is inside our home? “ I said “How do I know”. We slowly opened the door and Ramya was invited by roars, wishes and applauds. Seeing all of them at once at our place was fantastic. We all had a great time and thanks to everyone I was able to pull off one the best birthday party I ever been part of.

There were quite a few things I did right to get this birthday right. Having said that there were lot of things which I could have got it right. Below are the important ones from both sides.

What I did Right? – The Bulls-eyes

What I did wrong? – The little & the big Goof Ups!

Though this article has turned out to be a big one, I have tried to focus more on the planning & executing the surprise birthday and its pitfalls rather than boasting how proud I am or on my feelings (though it’s hard not to massage one’s ego). All of this would not have been possible without the help of participating friends and co-ordinators. My sincere thanks go out to all of them for making this event happen from nothing. If you have reached so far reading this article I will greatly appreciate your comments as what you think about the event and the article.