Message from a Martyred Soldier 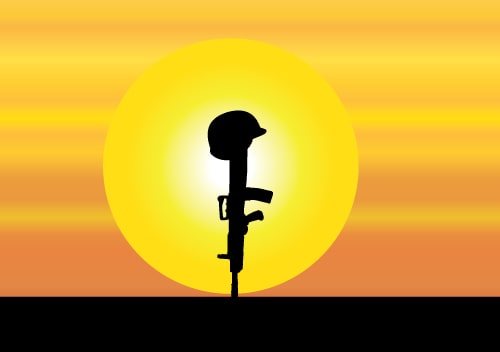 I often wondered as why did we create so many different countries in the first place? Surely, god did not do this. It was us, humans. We might have had nobel intentions but having so many countries has created another way to feed hatred in the world. When I was a kid, I remember my mom saying to me to be good to all my friends, regardless of who they are but as countries we are do exactly the opposite i.e. to promote groupism and nepotism and use this well accepted norm to discriminate against other countries and its people.

I think division of humanity along geographical lines is probably the most dangerous thing we have done because it is more powerful and most accepted than any other form of division. Imagine and tell me as the wars we have fought over the entire human history was ever possible without dividing ourselves geographically. Until now, this has probably killed more people than any other man made problem.

Now, this division based on countries is so acceptable that we dont feel it as divisions at all. In fact, we have managed to evolve this inherently divisive idea into its own virtue called patriotism and promote it even further. This patriotism makes us do great things but it is such a strong emotion that we tend to lose our sanity very easily and hurt and kill each other even during trivial enterntainment events like football matches.

Why did I tell all this? Well, because we soldiers have faced the biggest brunt of creating these countries. In my simplisitic brain, it would have probably prevented huge exploitation of some countries from others. I know that we cannot turn the clock back or create radically new ways of living now and hence I only limited myself to have a simple stupid dream of a world where there was no need of any soldiers. I know this is self-defeating in a way but I was always willing to look for totally different profession if it had a chance to make the world a more peaceful place.

I know, I do know that even this is a far fetched idea in the present world. So I used to chuck such thoughts away because they make or made no difference. Even with such rather unusual thoughts cropping up every now and then, patriotism never deserted me – my adrenalin still rushed with the same force every time my national anthem was played. Human conditioning is a very powerful thing.

While on one side my patriotism drove my desire to fight for my country, on the other hand, I felt that I am sacrificing my life for what seems like an complex but avoidable man made problem. Like most of you, even I liked Travelling, playing Grand Theft Auto and having a relaxing time with my family. So hated losing all of this and also leave behind my family to fend for themselves. The worst part was, with so much selfishness and corruption around, I used to feel as why I should give up my life protecting these kind of people? Why my family has to face so much hardship protecting this unjust society? I don’t know about other soldiers but for me it was difficult to stay motivated.

Throughout history, we soldiers were made to die or kill our brothers and sisters across the border just because heads of the two countries did not like each other or worse did not agree on something. That is far worse than what happened to me yesterday, where I give up my life fighting some (motivated) stupid people called terrorists.

Yesterday, I was a nobody but now that I am gone, I think I will surely be popular soon and remain so for some time. For the next few days, I will be famous in my state, I will receive all the honours and my story will be shared by many on social media. The immense pain and agony of my family will be witnessed by many helplessly. The media, esp. the TV media, will tent next to our homes for next few days. I hope they care for us and not the TRPs.

The sad part is I would have liked to receive at least 1/10 of the same respect when I was alive but I did not. So this raises an interesting question – Who are they respecting? It is me or to the fact that I was the one who lost my life. If it was for me, then you are a day too late as I am not around anymore to say thanks. If it is not for me then who is it for? By chance, is this the way a society tries to show that it actually cared and probably keep soldiers who are alive stay motivated? I know it is a complex question and not something which happens only to soldiers. Why is it that we heap in respect to the person after the person is dead when he or she is no longer there to accept it? who is it done for? Think about it.

So, for me, all of this makes no difference as I cannot witness any of it. Also, whatever you do, It doesn’t help my wife and my kids in the long run as they will have to struggle through the rest of their life without me. It is a huge hit emotionally and financially and your respects don’t help with any of them. So however you want to put it, regardless of how a soldier dies, dying or martyrdom in today’s life is not cool at all. And guess what? as the days pass, the whole nation will get back to normalcy until another solider somewhere gets killed. Well, that’s what history tells me.

I do appreciate your intention and gestures but I request you to not to limit yourself to sharing posts or changing DPs to show your respect. I know that as individuals, we tend to feel limited but if sharing and tweeting is all you are going to do, does it not feel too superficial? Instead of underestimating yourself I would request you to do what my dad used to say to me the most “let’s do something productive”. If you are not sure what it could be then here are some ideas.

First, try to understand us better – know what we do, what kind of sacrifices we soldiers and our families make from the day we join the army and how is our financial situation – when alive, when injured, when we retire or when we get killed like me. A better appreciation of our lives by citizens is a good starting point. Then spend some time to think and discuss hard as for someone who has pledged to give their lives for you, are you and the government is doing enough? The least you can do is to ensure that your soldiers are rewarded financially to lead a decent life. So if there is an opportunity along these lines, promise me that you will push your governments to take swift action on them.

Finally, I want you to ‘innovate’ ideas as how we all can stop another soldier from getting killed. It sounds impossible and certainly you cannot do much on your own. However, if you think this is an important topic, then discuss this with your friends and colleagues over a coffee or lunch and develop ideas. If you come up with something interesting, I am sure social media will support you. You can mobilise people around novel ideas and push our politicians to take note of them and take timely action to make our lives a little safer.

Sorry, I have taken too much time to explain myself but bear with me, I am almost done. Since I joined the army, almost every telephone conversation with my family filled my heart with both joy and pain. The pain was mainly due to my own lack of clarity as how to end the telephone conversation with them. Is this my last conversation with them? I could not speak with my daughter today; will I get to speak to her again? Should I mention about tonight’s routine mission to them? So many questions, just rush in at the same time but I never wanted to scare my family every time I spoke to them and in the process my final good byes to them never came. While I missed my final good byes to my family here are my parting words to you.

Have a great life, which in fact means enjoy your time with your family & friends.
I am not around anymore, but I hope this be the trigger for a better, safer world.
If you cannot do much for me or for your soldiers, at the very least, please spread my word. Thank you so much for your time.

PrevPreviousSuccessful surprise visit to my wife in Bangalore India from London
NextWhy talk to the dead?Next 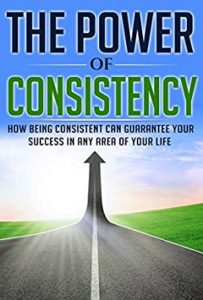