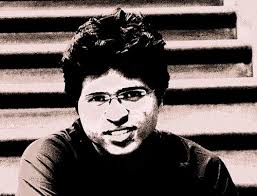 I am  a married dad of one, vegan, pet lover without pets, mechnical engineer who has forgotten its spelling, software and branding consultant, trainer, an online coach, and a life analyst all stuffed into one human body is some weird way.  I have been told that I was born in a small town called Kolar Gold Fields in India. Like anything we humans lay our hands on, there is no gold left over there now.

I have spent over fifteen years as an IT Consultant, the majority of the later part in London working for big companies across industries. OK, now that the one line boasting out of the way, lets come to the interesting part. For most of my life, I have been fascinated by what drives us as humans. In fact, I have been analyzing them since I was a toddler (I need to sound highly experienced on this subject otherwise why will you give a sh*t) which makes me the youngest analyser of life (I have solid proofs which are classified). Anyway, it was not until five years ago that I was able to put all the pieces of our fundamental drivers jigsaw puzzle together but I continued to struggle to articulate it. What I had discovered was difficult to explain to even someone who was interested in the subject, let alone anyone else. However, I stuck with it, well, rather, it stuck with me all this while helping me to evolve my answers to every question that my insecurities threw at me.

In the end, I named my findings as ‘The Fundamental Needs Theory’ as what I discovered explained the most fundamental, basic drivers of each of our action. I tried to get this published as a theory in the ‘Journal of Happiness Studies’ but they declined it by saying this is similar to existing theories like Maslow’s Hierarchy of Needs or Self Determination Theory and others. I think they did this to save themselves from having to read countless pages of spelling mistakes that I may have committed (you would have encountered a few by now). Either that or they were high on something. I don’t see any other reason. Since that experience, my answers have further evolved and now I am writing my book on happiness which I aim to release on “World Happiness Day” which is March 20, 2018. My thoughts and desires fluctuate and I change my mind on a day-to-day basis. However, the aim is still intact.

The book is aimed at explaining our drivers using a metaphor of five buckets, each one catering to one of our drivers. I have created this website to share my thoughts on different aspects of human happiness, success, and fulfillment, some of which will be featured in the book. I also like to develop small quotes to communicate some insightful thoughts on different aspects of life which I share on my Facebook and Instagram accounts.  If you are on any of those platforms, it would be great to have your company and thoughts there. I am also planning to send out regular newsletters on the above topics to those who are keen and want to engage with me at a personal level.  If you are keen to what I got to say then you could subscribe to my newsletters below. If you want to directly write to me then I can be reached at Research at HarishMarnad.com.